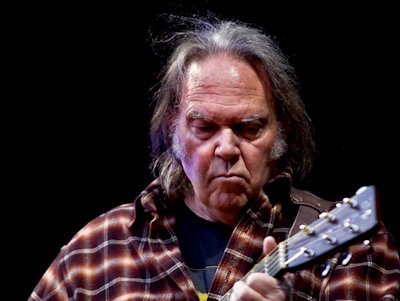 In his new memoir “Waging Heavy Peace” Neil Young writes about one of his passions, Lionel model trains: a “very extensive collection of rarities, all proudly displayed behind glass in a room with a giant train layout” on his Northern California ranch.

He refers to his collection as “a Zen experience. They allow me to sift through the chaos, the songs, the people, and the feelings from my upbringing that still haunt me today. Not in a bad way, but not in an entirely good way, either.

“Months go by with boxes piled everywhere and trains derailed with dust gathering on them. Then miraculously I reappear and clean and organize, working with every little detail for hours on end, making it all run perfectly again. This seems to coincide with other creative processes.”

In their post The Collection Connection to Creativity, Michele and Robert Root-Bernstein note “It is a poorly recognized fact that many creative people are collectors.” One example they cite is artist Miró, who “amassed a huge collection of siurells during his lifetime, filling his studio and house with them. For Miró, siurells were more than just clay whistles; they were also memories of some of his happiest moments as a child. 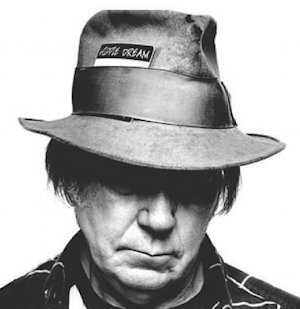 The subtitle for his book is “A Hippie Dream” – a phrase written on a card tucked into the band of his hat on the book’s cover photo here.

A review article notes Young refers to writing his book as “really a different trip,” which “invokes the vocabulary reflected in the subtitle.”

The article writer Randy Lewis notes the book is already a big seller and “has been generating positive reviews from literary critics who have praised its non-chronological structure, akin in some ways to Bob Dylan’s impressionistic 2004 memoir “Chronicles: Volume One.”

Lewis says Young is a fan of Dylan’s memoir, which “includes an anecdote about the celebrated songwriter searching out Young’s childhood home in Canada so he could see the place that helped form Young’s music and overall vision of life.”

Young comments about the unusual book structure, “For guys like Bob and me, this is probably the only way to do it and keep it interesting… I never really wanted to write it in the regular way from beginning to end. That’s not the way my brain works. That would make it into a job, and I’m not looking for another job.”

Young says he recently stopped smoking and drinking. “I am now the straightest I have ever been since I was 18. The big question for me at this point is whether I will be able to write songs this way.”

Lewis adds, “Apparently the inspiration did come. The forthcoming Neil Young & Crazy Horse double album ‘Psychedelic Pill‘ [to be released in both vinyl and CD formats] is a recording that dovetails with his writing adventure.”

Young is also continuing to write prose, working on another nonfiction book, maybe a work of fiction, and developing his LincVolt electric car project, among other ventures.

(By the way, many other talented people have used drugs and alcohol as self-medication or for other reasons, all too often in self-destructive ways. See my post Gifted and Talented, Drugs and Alcohol.)

Upgrading the sound of music

In his book, Young writes about another passion: PureTone, a portable music playback system to update the common music file format MP3, which Young says has “less than 5 percent of the data found in a master file or a vinyl record. I dislike what has happened to the quality of the sound of music; there is little depth or feeling left, and people can’t get what they need from listening to music anymore, so it is dying.

“That is my theory. Recording is my first love in the field of creativity, along with songwriting and music making, so this really cuts to the quick.”

In this video, Young mentions “interrupting his father at work, and asking what he was writing, and his father telling him that he just sat down and started writing, “and all kinds of things just happened.”

[His father, sportswriter Scott Young, who died in 2005, wrote the bio Neil and Me.]