You are here: Home / Featured / Underutilized Talents, Too Many Aptitudes

“The difficulty for me is that I’m interested in so many different things. I could never really imagine myself doing one thing” Emma Watson 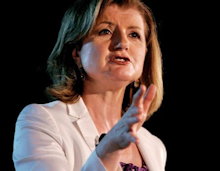 Arianna Huffington was described by her friend and author Sugar Rautbord [in a Vanity Fair article] as “probably one of the most intellectually seductive human beings on the face of the planet.

“She has such a powerful brain, and she exudes an intellectuality that is almost sexual.”

One of the myths of high ability people like Huffington – fueled in part by media coverage of those who are notably successful – is they can almost magically choose whatever personal and career path they want, and realize their multiple potentials without hindrance.

It doesn’t exactly work out that way for everyone – perhaps even the majority of high ability people are restricted by both psychological and circumstantial impacts.

Sally M. Reis, PhD, a professor at the University of Connecticut and Principal Investigator of The National Research Center on the Gifted and Talented, notes in her article “Internal barriers, personal issues, and decisions faced by gifted and talented females” that high potential and multiple interests, multipotentiality can benefit many women, but others “often cannot find their niche, make it on their own, or choose a vocational path…

“They commit to a career too quickly in order to reduce tensions caused by a vast array of competing options… or may have career choices externally imposed on them by their parents or teachers.”

[From my article Is Intellect an Albatross?] 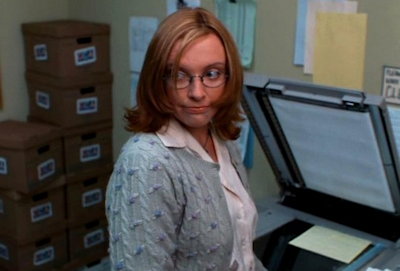 This photo is Iris (Toni Collette) – a college grad who hasn’t decided what she wants to do with her life, and is working as an office temp, in the tragicomic “Clockwatchers” (1997) [imdb], written by sisters Jill and Karen Sprecher, and directed by Jill.

Here is the trailer :

Maybe you can relate to these characters and the common situation of taking ‘temp’ work. I certainly can, having worked many “survival jobs” that did almost nothing to help me grow or develop my creative interests.

Too much concern with expertise?

This is a video of the Stephen Shapiro presentation: “Sometimes Rocket Science Isn’t Rocket Science.” One of his comments is “Expertise is the enemy of creativity.”

Related to that, you may have self-limiting beliefs around having to be an “expert” before pursuing meaningful work.

He is author of 24/7 Innovation: A Blueprint for Surviving and Thriving in an Age of Change.

Out of Step, Misunderstood

Author and educator Stephanie S. Tolan notes in her article Discovering the Gifted Ex-Child that “Even when the individual is able to use her gifts to achieve undeniable career success, she may feel and appear seriously out of step.

“Barbra Streisand, for instance, whose abilities are not only obvious and far from norms but also wide-ranging, is criticized for perfectionism, for demanding too much from those she works with.

“Her well-known discomfort with public performance may come in part from the seemingly paradoxical self-esteem problems that often come with extraordinary gifts.”

Issues such as low self-esteem and anxiety (like stage fright) are not of course only challenges for gifted people – but common giftedness-related characteristics such as high sensitivity can make them especially impactful for those with exceptional talents.

[For a successful approach to dealing with anxiety such as stage fright, see Undo Public Speaking Fear – The Lefkoe Method.]

Francis Heylighen, PhD notes in his article Gifted People and their Problems that traits such as particularly intense feelings and emotions, or sometimes awkward social interactions can make people “misunderstood and underestimated by peers, by society, and usually even by themselves…

“As such, most of their gifts are actually underutilized, and they rarely fulfill their full creative potential. This is particularly true for gifted women, as they don’t fit the stereotypes that society has either of women or of gifted people (typically seen as men).” 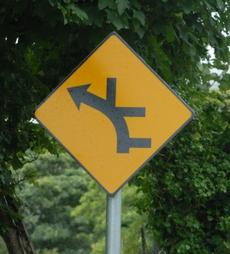 Simply having abundant talents can be a challenge.

“There is evidence that people with too many aptitudes (TMAs) are less likely to obtain advanced education and/or succeed in a career than those with an average number of talents.”

He adds that such highly talented people “seem to function best at frontiers – intellectual, social or physical… and do well at interfaces between different parts of society.. as troubleshooters, innovators or problem solvers.”

In her book Refuse to Choose!, Barbara Sher celebrates people with eclectic passions and multiple talents, what she calls “Scanners” who “love to read and write, to fix and invent things, to design projects and businesses, to cook and sing, and to create the perfect dinner party… fascinated with learning… see the world is like a big candy store full of fascinating opportunities.”

She concludes it is not a “disorder” to have a wealth of capacities, even if they don’t become fully or even well realized, and she makes a strong case for continual learning and trying out different talents, as a life long exploration.

Also see her article Are You a Scanner?

She had graduated with honors from Harvard Law School, but left her career as “an overworked attorney” to follow her “soul’s haunting desire to become a writer.”

In her book she addresses challenges that many creative, high ability people may face – and provides stories and strategies for inspiration.

Read excerpts in my post: Tama Kieves on inspired desire and new directions – which also has another video, and an audio clip in which she talks about what stops us from realizing our creative passions.

Her book: Inspired and Unstoppable: Wildly Succeeding in Your Life’s Work!

Realizing multiple talents is one of the overarching themes of my Talent Development Resources series of sites.

A related phrase – Renaissance Man – refers to a Polymath, a person “whose expertise spans a significant number of different subject areas.” [Wikipedia]

Unfortunately, its counterpart – Renaissance Woman – does not seem to be very popular.

Here is one artist I admire who does use it:

“The difficulty for me is that I’m interested in so many different things. I could never really imagine myself doing one thing, and I’m pretty sure that I’ll end up doing four or five different things.

One of the quotes:

“Photography, painting or poetry – those are just extensions of me, how I perceive things, they are my way of communicating.” Viggo Mortensen

Book: The Renaissance Soul: Life Design for People with Too Many Passions to Pick Just One – by Margaret Lobenstine.

See multiple quotes from the book in article: Renaissance People Don’t Want to Choose Only One Career.

Realizing multiple passions – For many of us, “optimal adustment” in work/career may involve a life-long exploration of talents. In her article Are You a Scanner?, for example, Barbara Sher talks about people who are “genetically wired to be interested in many things… the owner of a remarkable, multitalented brain.”

But there may often be pressures on us from early in life through adulthood to choose only one direction or arena to realize our talents – for example, social attitudes about art being “soft” or acceptable only as an avocation but not a “real” career choice.

Psychologist and creativity coach Eric Maisel notes that every smart person experiences challenges, and lists many that people can have in common, including:

* Living in a society and a world that does more than disparage smartness, that actually silences smart people (because the power and privilege of leaders is undercut by smart people like you pointing out fraud, illogic, and injustice).

“We could name countless ways in which smart people have it easier than, or at least no harder than, other people. Nevertheless smart people encounter many special challenges that can cost them their equanimity, their self-confidence, and their emotional health.”

From his book: Why Smart People Hurt: A Guide for the Bright, the Sensitive, and the Creative.

Eric Maisel, PhD also has a related online course to help people explore and deal with many challenges: Why Smart People Hurt.

Being A Multi-Passionate Entrepreneur

video: Emilie Wapnick, On Not Being Able to Stick to One Thing

Emilie Wapnick comments on being a “multipotentialite” entrepreneur:

“Imagine having a business that allows you to focus on many of your interests and use all of your skills on a regular basis. “My resume reads like it belongs to ten different people. Music, film, web design, law, business, personal development, writing, dance, sexuality, education– all of these are or have been interests of mine. They come and go (and sometimes come again).

“I remember being a little kid, not knowing what I would be when I grew up. I wondered the same thing in my teen years, and again in college. Sure, all of my interests would make for wonderful careers– just not on their own.”

Read more in article: Being A Multi-Passionate Entrepreneur.

Learn more about her Renaissance Business Program – “You’ll learn to use your multipotentiality so that instead of it being an obstacle to income, it becomes fuel for income.”

Career / Work that is meaningful and creative

“To love what you do and feel that it matters ‚ how could anything be more fun?”

“You think you need a career change. But what you really want is meaningful work, joy, and more control over your time and your life.”

Fascinating Ways to Make a Living.

Want to Work for Yourself? Those Dream Jobs Don’t Just Happen, They’re Created.

A profile notes, “Since escaping her corporate job in 1995 to found Changing Course, ‘Dreamer in Residence’ Dr. Valerie Young’s career advice has appeared around the world…”