You are here: Home / Psychology / Emotional intelligence and/or high IQ

“Academic intelligence has little to do with emotional life… people with high IQs can be stunningly poor pilots of their private lives.” 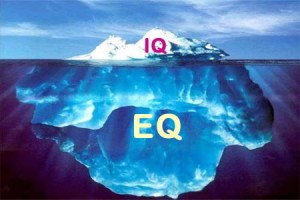 In her article Emotional Intelligence of the Gifted, Joanna Fletcher notes that Goleman gives examples of high IQ people “who are not achieving the heights they were destined for.”

But she thinks “his observation that people with high IQ may have low emotional intelligence and therefore lower success is flawed.

“For starters, he defines success largely in social terms, a narrow band of achievement that gifted people may or may not choose to pursue.

“I suggest that because the person with high IQ is actually hyper-aware their world, they are not receiving the same information about any given situation as someone within the normal range.

“Because of this, they will react differently. They are able to discern more complexity in any situation, and social situations are the most complex systems humans encounter.”

People who are gifted and talented, with that ability to “discern more complexity” and perhaps also introverted or highly sensitive, may often get labeled by others as “strange,” “weird,” “loner,” “snooty,” “ADD” or diagnosed as suffering from various other mental disorders.

See the articles Mis-Diagnosis and Dual Diagnosis.., and Misdiagnosis of the Gifted.

Those labels and reactions from others can impact emotional health, self esteem, relationships and other issues related to personal growth and talent development. [Photo from stuffonmycat.com]

Actor Sharon Stone says when she was 15 she went to college half a day while still going to high school, and “never got to be on a peer level relationship with the kids I went to school with. I was like, you know, that weird girl. I cannot believe I did not know that I was a pretty girl. I was so insecure and so intimidated and so introverted.” [Her IQ is reportedly 154.]

She has also commented, “If I was just intelligent, I’d be OK. But I am fiercely intelligent, which most people find very threatening.” [From my article Gifted Women: Identity and Expression.]

That must be an emotional challenge: being reacted to as threatening.

“Although Lakesha was extremely bright, she was shy and performed more like an average student. Added to her discomfort was the fact that her good looks attracted the attention of the boys who enjoyed staring at her and making remarks just loud enough for her to hear… she retreated into herself.”

More quotes on the page Social reactions/interactions: teen/young adult2. The photo is Nkechi from the book Girl Culture.

Jodie Foster has commented about reactions from others: “Being understood is not the most essential thing in life.” Nominated at age 14 for an Academy Award For Best Supporting Actress for her role in Taxi Driver, her film Little Man Tate (1991) addressed many experiences of being young and gifted.

She admits that she can “basically put my emotions aside and go headfirst. But it’s something I have to watch, because sometimes I don’t know how I feel about things… Until years later. I am someone who experiences the world through my head, so my psyche’s fight, my whole life, has been the head against the heart. That’s what all my movies are about, too.”

[From the page Self-limiting]

Deborah L. Ruf, Ph.D. founded Educational Options to “help the families of gifted children, particularly highly and profoundly gifted children, to know where to begin their search for answers related to gifted issues,” and is author of Losing Our Minds: Gifted Children Left Behind.

In her article EQ and the IQ Connection, she discusses some of her case study reports of 125 highly gifted adults between the ages of 20 and 83.

Part of her theory “holds that highly intelligent individuals who are not made aware of this source of their emotional and social difficulties [their high intelligence] enter adulthood with weak self-esteem and defensive behavior designed to ward off uncomfortable and unrewarding personal interactions.”

She writes about a 47 year old woman, Candace, IQ above 150, who came from a very abusive home… “Her parents really did not like her… It isn’t too difficult to conclude that her emotional intelligence was tremendously impacted by the way her parents and teachers treated her.

Candace said, “I was nothing but a disappointment. I was a girl- I was supposed to be a boy. I was inquisitive which both parents interpreted as rude and challenging to their authority. I was smart so they confused my ability to learn with a capacity for understanding my actions in a greater context.

“Therefore they attached adult motivations to even the simplest question of a 4-year old. By the time I was 7 or 8 my life had become a painful existence. I knew God had made me wrong and I could never be right.”

Dr. Ruf notes, “Fortunately, Candace had two different friends in her late teens and in her 30s who helped her find herself. She also devoted herself to counseling for a number of years. 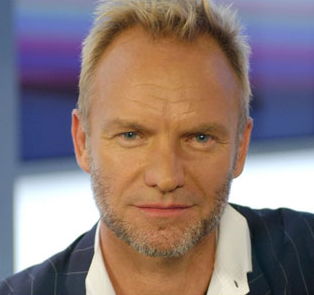 “She evolved into one of the most evolved, self-actualized people in my study who has a select number of close friends and a number of casual level acquaintances. She is also very happily married to her second husband.”

We do have a lot of choice in how we develop intellectually, and emotionally, and can make use of our creative abilities for positive growth.

In his memoir Broken Music, musician Sting writes, “Music has always been my refuge from sadness.”

Photo: Sting: “Do I have to be in pain to write? I thought so, as most of my contemporaries did; you had to be the struggling artist, the tortured, painful, poetic wreck…I only know that people who are getting into this archetype of the tortured poet end up really torturing themselves to death.”

– From article: Pain and suffering and developing creativity.